The flower from our Daisies cursor pack is a European species of the family Asteraceae, often considered the archetypal species of the name daisy. To distinguish this flower species from other plants known as daisies, it is sometimes qualified as a common daisy, lawn daisy, or English daisy. This beautiful flower is native to western, central, and northern Europe, including remote islands such as the Faroe Islands, but has become widely naturalized in most temperate regions, including the Americas and Australasia. It prefers field-like habitats. 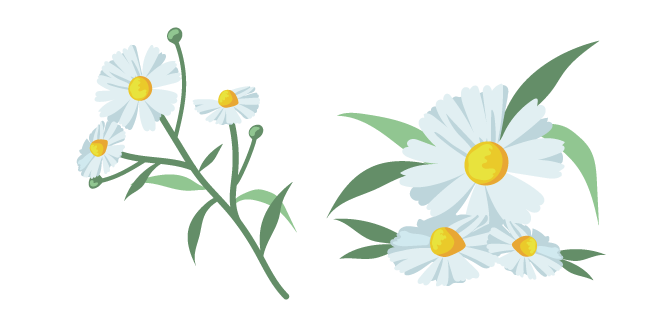