Our fanart Fall Guys 2B Costume cursor pack features a crossover costume in Fall Guys. It is based on its namesake, a character in NieR: Automata, an action role-playing game developed by PlatinumGames and published by Square Enix. 2B is short for YoRHa No. 2 Type B - it is a YoRHa combat android whose major traits are her calm and composure. This costume was officially revealed during the Summer Game Fest on 10 June 2021 and was released on the Featured Items rotating pool on 18 June 2021. 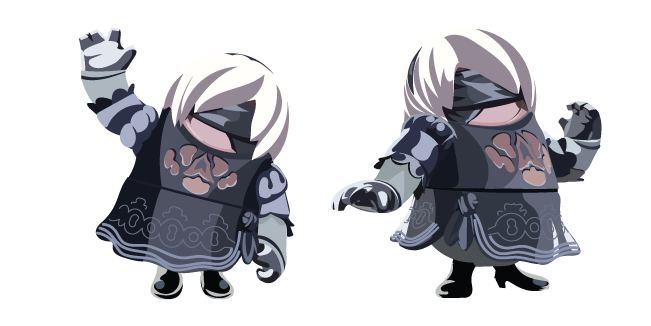 Курсор Fall Guys Among Us Costume