Курсор The Rescuers Bernard and Map

Bernard is the main male protagonist of Disney's animated feature film, The Rescuers. He is a gray-colored pudgy young mouse who works as a janitor for the Rescue Aid Society, the mouse version of the United Nations. After aiding Miss Bianca on the first mission, the organization rewards him by commissioning him as their American ambassador. He has always had a friendly and unassuming personality. Fanart The Rescuers cursor pack with Bernard and Map pointer. 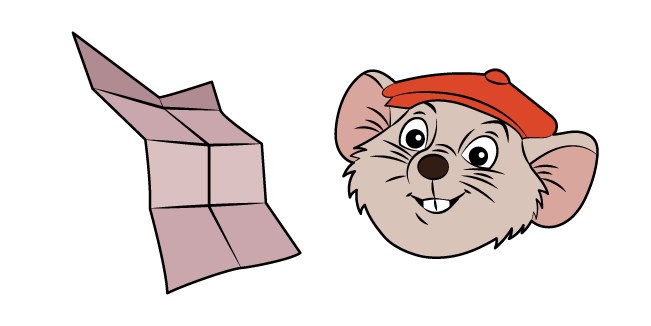