This boy from our fanart Coco Miguel Rivera cursor pack is the central personality of the 2017 Disney Pixar animated feature film Coco. He is one who finds himself in the realm of the dead during the festive holiday of Día de Los Muertos - Day of the Dead. As the official description says, he is a 12-year-old hopeful musician who works against his family's generations-old ban on music. When a magical mishap lands him in the Land of the Dead, the boy seeks out his idol, Ernesto de la Cruz, to help him return to the Land of the Living before it's too late. 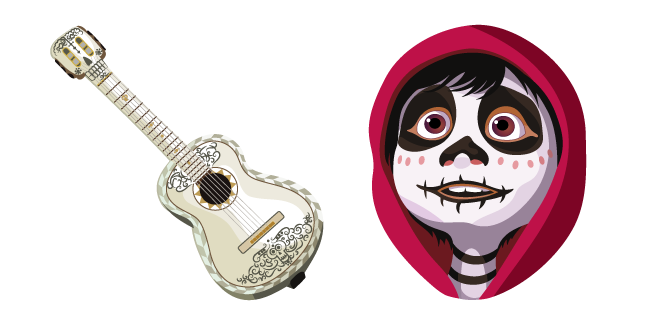 Курсор The Nightmare Before Christmas Sally and Flower