Our fanart cute cursor pack with Walter Hartwell White Sr., also known by his drug-lord alias Heisenberg, features the main character of the American crime drama television series Breaking Bad, portrayed by Bryan Cranston. He was a skilled chemist and co-founder of a technology firm before he accepted an offer from his partners. At the start of the series, the day after his 50th birthday, Walt is diagnosed with Stage III lung cancer. 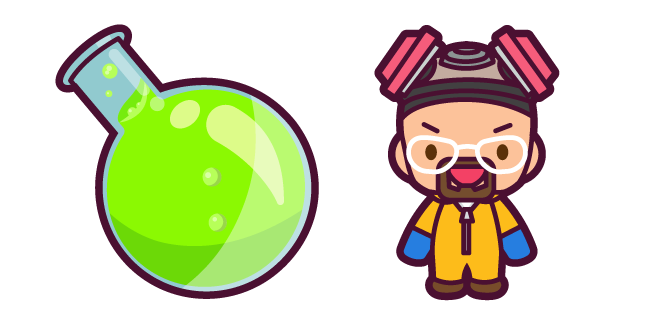