This cutie is the most charming animal in the world. Crayfish is a red-colored freshwater crustacean resembling the small lobster, but this smiling creature also has other names like crawfish, craydid, crawdaddy, crawdad, freshwater lobster, mountain lobster, rock lobster, mudbug, bay bug, or yabby. Before imagining how tasty it would be after boiling, think about taking this fish as your cute cursor pack with a crayfish pointer. 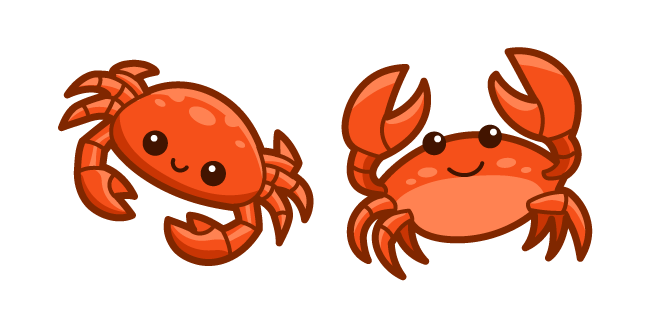