Wally Warbles is a bird boss that you can find in Inkwell Isle Two and which appears in the level Aviary Action!, an airplane level. Wally is a red-headed, blue-feathered bird who wears a cuckoo clock for armor that hides most of his body and makes safety for his legs, wings, and head. He also features an orange beak and feet. He lives in a red birdhouse where also resides his son inside the clock. Cuphead cursor pack with fanart game cursor Wally Warbles. 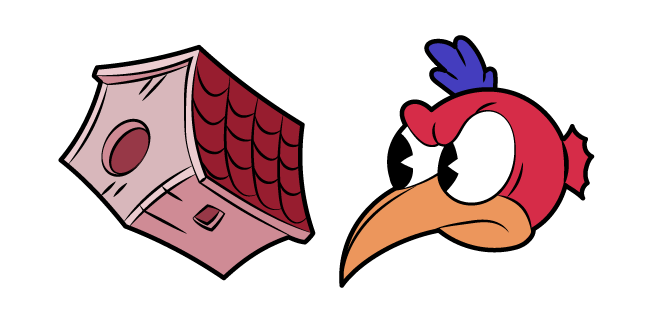