Ripper Roo aka Doctor Roo is a crazy blue mutated kangaroo. He is widely considered to be Dr. Cortex's first and failed experiment with the Evolvo-Ray. He also has razor sharp claws on his toes that are his main method of attack. Not only that, but he is also described as a crazy racer with bursts of acceleration, but speed isn't his strong point. Crash Bandicoot cursor pack with fanart Ripper Roo game cursor. 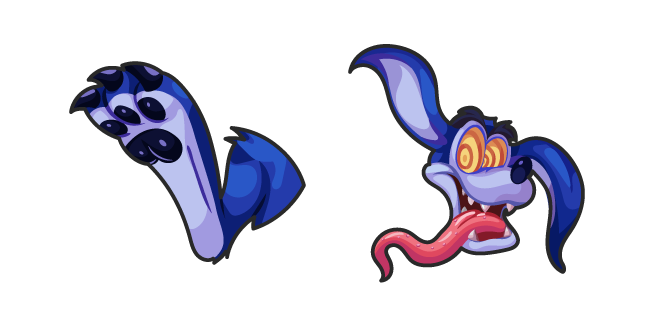