Crackerdile aka Daryl is the main antagonist of InvestiGators. He is a beige crocodile-shaped cracker that has a tail and 8 holes on his chest. He usually wears two yellow gloves on his hands and two purple boots on his feet. Earlier, he was one of the top agents of S.U.I.T and was going to retire after his last mission at a Bakery but everything changed when he and Brash were cracking down on a cracker company that was using nuclear waste in their saltiness. InvestiGators cursor pack with fanart cursor Crackerdile. 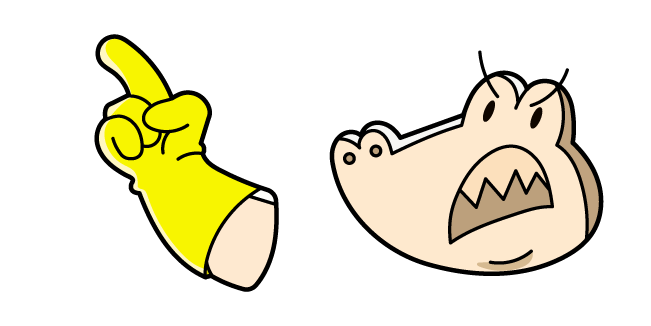 Курсор Hercules with a Club