Mauve is a pale purple color named after the mallow flower. Mauve contains grayer and more blue colors than a pale tint of magenta. Many pale wildflowers called blue are more accurately classified as mauve. Mauve is also sometimes described as pale violet. Another name for the color is mallow, with the first recorded use of mallow as a color name in 1611. It is also stated to be any of various pale to moderate pinkish-purple or bluish-purple colors. Color cursor pack with Mauve cursor. 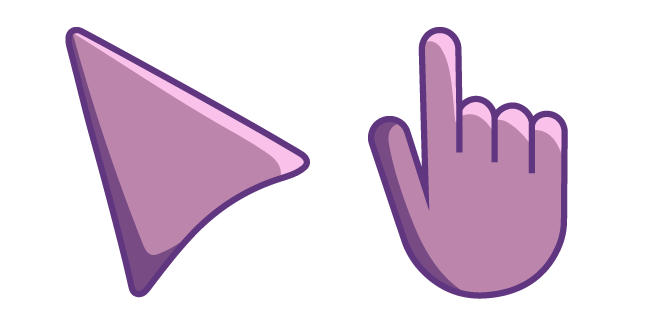