Mantis Pixel cursor pack features the shade of green and comes from the Xona list. It is named after the praying mantis insect. Although several mantis species are brown or white, the green type is native to the United States and is the most commonly observed. Their appearance resembles a leaf in some species of green mantis. Others that tend to live in grass may have more slender bodies, allowing them to blend into their environment well. 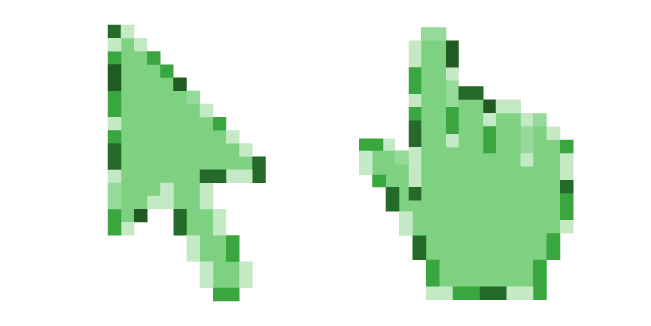