Janet is a Chromatic Brawler, which can be unlocked as a Brawl Pass reward at Tier 30 in Season 12: The Stuntshow, or can be obtained from Brawl Boxes. Her attack is a shockwave in a cone that narrows and lengthens the more extended it is aimed. Her Gadget is named Drop the Bass, which deploys a loudspeaker that deals damage to enemies in a large radius. Brawl Stars cursor pack with fanart Janet game cursor. 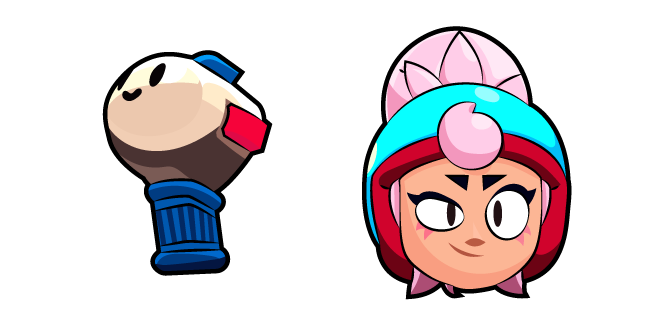