Stapy is a pinkish-red stapler with a light grey pusher and is shown as a contestant in Battle for BFDI, who first appeared in BFDI APPISIOTE 225555555!!!!!, a joke video created to trick the viewers into thinking that it was the 25th episode of BFDI. He is considered to be one of the heaviest contestants in BFB. Usually, he is a calm and friendly contestant, but sometimes he can get angry. Battle for Dream Island cursor pack with fanart Stapy pointer. 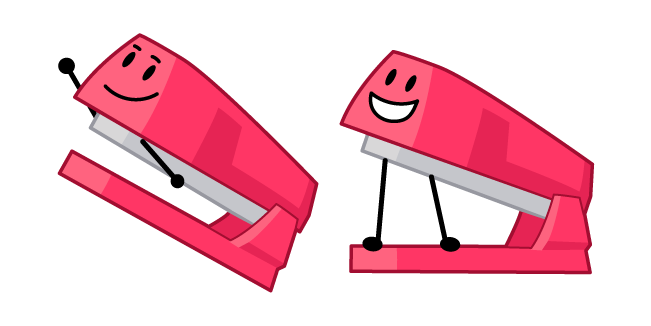