The character from our fanart Battle for Dream Island Marker cursor pack is a male contestant on Battle for BFDI and The Power of Two. His body is mostly white but has a purple oval symbol on his side. He has a purple cap the same size as the rest of his body. Marker is one of the former 30 recommended characters that could have joined Battle for Dream Island in episode 17, but he only got nine votes and was sent to the LOL. In Battle for BFDI, Marker competed on Free Food until the split in "The Escape from Four," when he joined Two's new show. 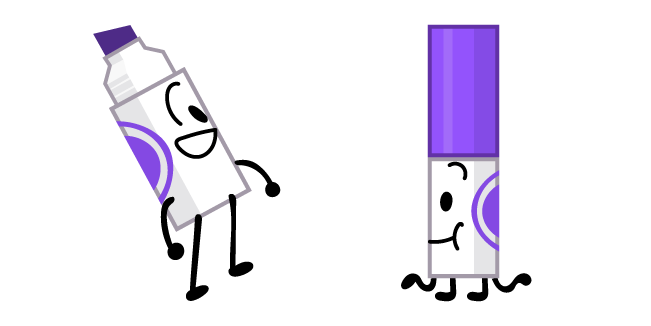