Grassy is a contestant in Battle for BFDI and The Power of Two. He was one of the 30 recommended characters that could've joined Battle for Dream Island. He was flung into the Locker of Losers because of a lack of votes. He is comprised of blades of grass, and his body is lime green. His appearance never changed until BFB when he got a round bottom to make his design more connected. Battle for Dream Island cursor pack with fanart cursor Grassy. 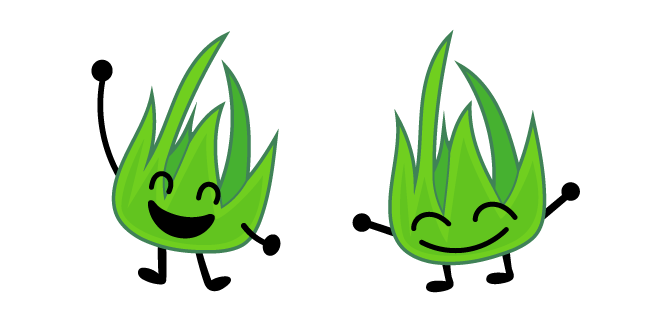