This fanart The Battle Cats Superfeline cursor pack is the 10th Normal Cat, which can be unlocked by playing the Cat Capsule+ after completing Cats of the Cosmos Chapter 3. The Normal Form has a floating Cat with a Li'l Cat face, very muscular arms and legs, and a long tail that waves behind it. It attacks by slamming its tail into the ground. The Evolved Form features a cat bigger in size, and its arms and legs are more spread out, making it appear more humanoid. Its appearance is intended as a parody of Superman. 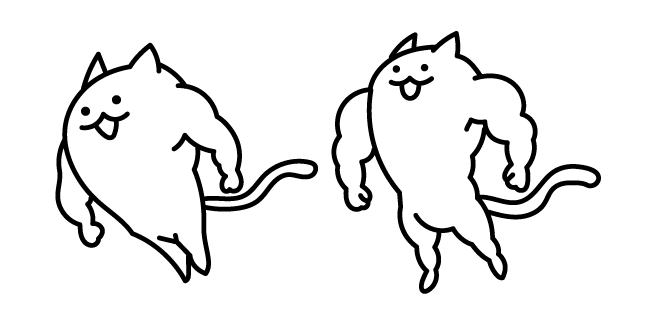