This girl with a very white face named Suki, who was the leader of one of the Kyoshi Warrior bands of the Earth Kingdom's Kyoshi Island, where she captured Team Avatar, thinking they were Fire Nation spies, but released them and befriended them after realizing Aang was the Avatar. She later rejoined the rest of Team Avatar to put down the bender supremacist insurrection in Cranefish Town. Avatar: The Last Airbender cursor pack with fanart Suki. 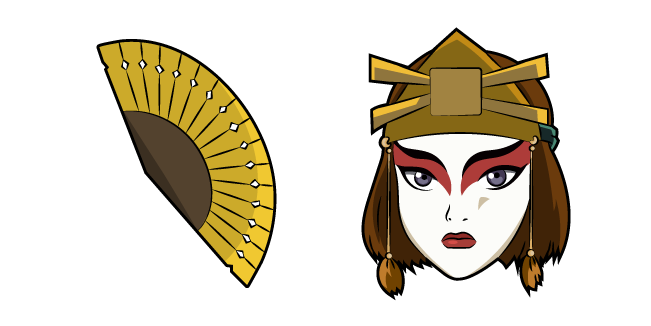