MAYU is a Japanese Vocaloid developed and distributed by Exit Tunes and was released for the Vocaloid3 engine. MAYU is based on a yandere junior high school student. MAYU's design is based on Lolita fashion. Her hair itself fades from a light blonde to a rainbow, and she is depicted with a hat that has a speaker attached. According to VOCALOID NET, she is supposed to be a junior high school-age student. Fanart Vocaloid Mayu anime cursor pack. 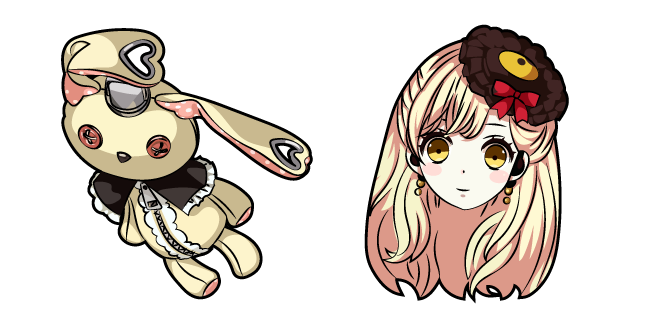