Secre Swallowtail is a character from Black Clover anime, where she is the noblewoman and the former servant of Prince Lemiel Silvamillion Clover, the first Magic Emperor. She can transform into an anti-bird named Nero after sealing Lemiel into a statue. After she regained her human form, she accepted herself as a member of the Black Bull squad of the Magic Knights. Fanart Black Clover cursor pack with Secre Swallowtail and Nero anime cursor. 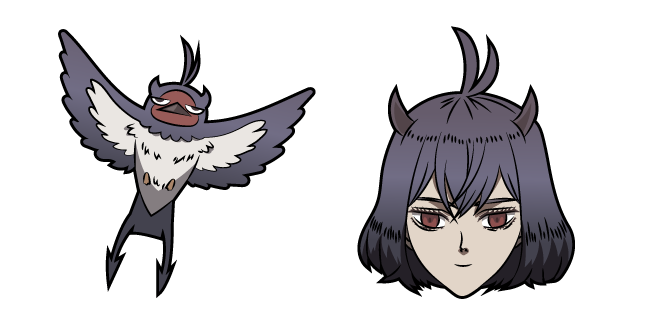