The Raccoon is a members-only land animal. It was first announced in the Jamaa Journal, where Jammers had to solve a puzzle to guess what the new animal would be. The Rainbow Raccoon is a members-only land animal that was released in the Diamond Shop. Raccoons have pink fur and a black mask going around their eyes, which is lined in white. Animal Jam cursor pack with fanart Raccoon and Rainbow Raccoon game cursor. 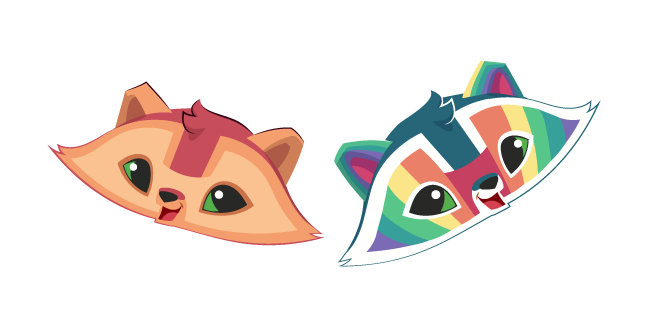