The girl bird from our fanart Angry Birds Ruby cursor pack is also known as Female Red Bird and is an unplayable bird who appears in the Hogs and Kisses episode of Angry Birds Seasons. Ruby resembles Red but has some differences: eyelashes, different pupils, thinner eyebrows, and lighter spots. Ruby also wears a yellow bow on the top of her head. In Angry Birds Seasons, she appeared in the ending cutscene of Hogs and Kisses. In the cutscene, she spends time with Red while Cupid Pig shows defeat in the background. 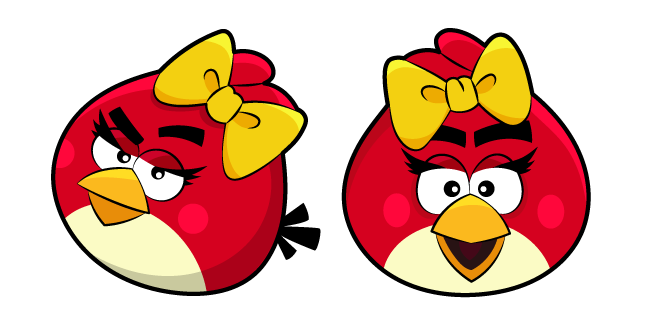