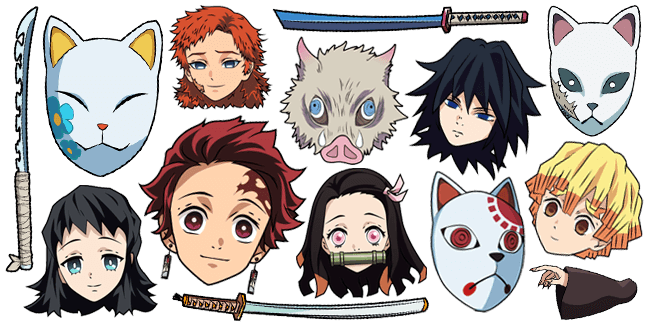 Demon Slayer Kimetsu no Yaiba is an anime series based on a manga that tells us a story that happened in Taisho-era Japan. A story about a boy, Tanjiro Kamado, who makes a living selling charcoal. But his and his sister Nezuko's peaceful life is coming to the end.

From ancient times there were rumors about demons lurking in the woods. Because of those rumors, the local people never venture outside at night. But those rumors also told a Legend that Demon Slayers also roam at night, hinting down these Demons. Four our young hero Tanjiro Kamado, these rumors have become a reality, as all his family, except Nezuko was killed by those Demons. And his sister turned into a Demon. Now Tanjiro is on a quest to seek out The Demon, who killed his family and turn his sister into a human again.