This thin, tall guy with dark blue eyes and black hair is called Jack Sullivan and he is the main character in the cool teenage book The Last Kids on Earth, in which he and his friends have fun trying to survive the zombie apocalypse. Jack Sullivan loves his friends very much and worries about them. He also has a favorite weapon The Louisville Slicer - a shattered baseball bat, which, after being struck by interdimensional lightning, turned into a magical weapon and can control zombies. The book cursor and pointer from The Last Kids on Earth with Jack Sullivan and his weapon The Louisville Slicer! 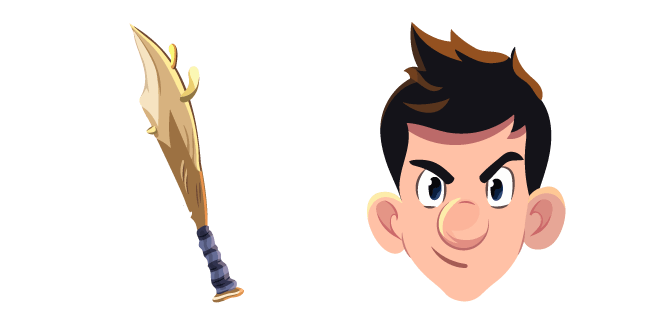