Mori Calliope is an English Virtual YouTuber associated with hololive, where she has debuted as part of its English branch first generation of VTubers. Calliope is equally excited by both rapping and reaping. Her favorite weapons include her scythe and the flail. Calli is a shinigami, a spirit being of death similar to the western concept of the grim reaper. She calls her fans Dead Beats. Youtuber cursor with Hololive Mori Calliope. 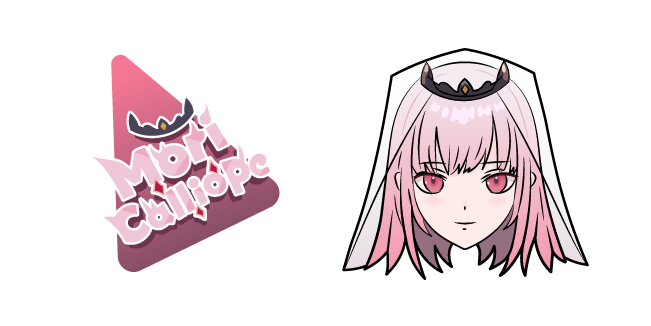