Many people know this blue logo because it is the mobile messaging application GroupMe, which is owned by Microsoft. GroupMe was launched in 2010, after which it began to develop rapidly and in 2013, the application had over 12 million registered users. GroupMe features include the ability to exchange not only SMS, but also videos, photos, locations, create events, and even emoticons! The web cursor for a mouse with GroupMe! 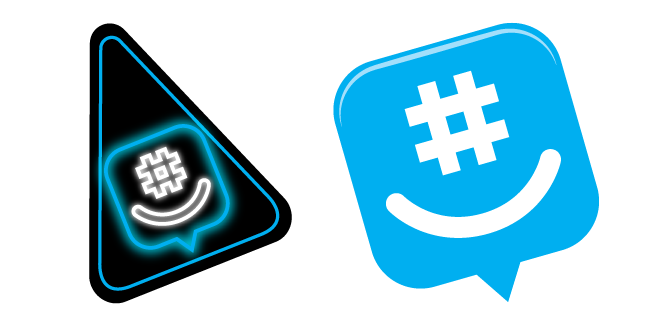