Tasque Manager is a mini-boss encountered in the Queen's Mansion. As you could notice, her name is a play on the task manager. She is described as the one who loves to coordinate outfits and strongly dislikes clowns. She is a cybernetic Darkner with a resemblance to a cat. Furthermore, she has a white, diamond-shaped head, big yellow eyes with two long eyelashes. Deltatune cursor with fanart Tasque Manager and Whip game cursor. 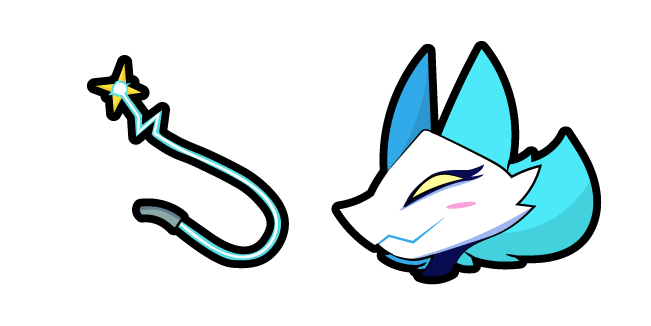