This blue air elemental is called Wind Boy, also referred to as Our Little Guy was a cut character in Tornado Outbreak. He was intended as the main player but was replaced with Zephyr and now he is not playable. However, he plays a major role in two removed cutscenes featuring Chuck Gavel. His appearance consists of a blue body with dark blue waves. Tornado Outbreak cursor pack with fanart Wind Boy game cursor. 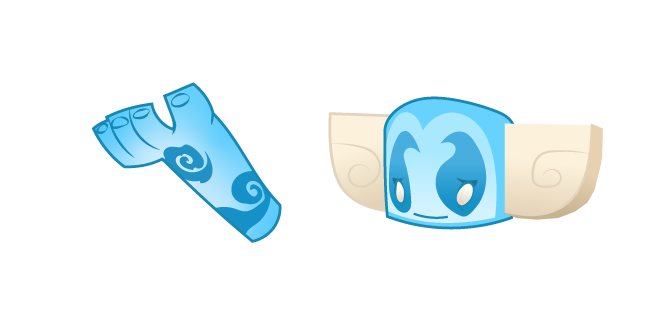