We are all very thankful to Kellogg company for one the most delicious and popular among people of all ages toaster pastries named Pop-Tarts. Have you already tried one with Frosted Cookies and Creme? They are so popular, that even Jerry Seinfeld announced a movie he would produce and star in a movie about the creation of the Pop-Tart. Titled Unfrosted, the film will be released on Netflix in late 2022. Food cursor with Frosted Cookies and Creme Pop-Tarts. 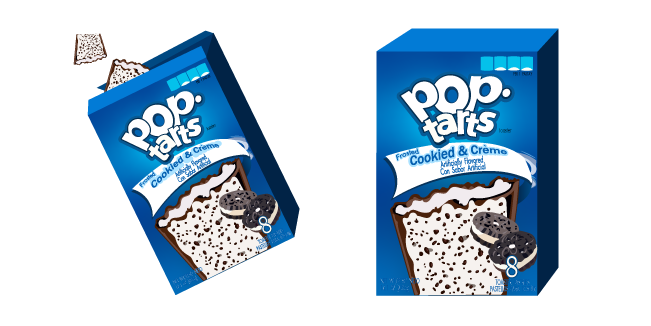