Ponyo also named Brunhilde at birth - is the 5-year old character of the anime film Ponyo on the Cliff by Ghibli. She is cute with magical abilities goldfish born from the sea goddess Granmamare and a human named Fujimoto. It is known that she loves Sosuke and ham. She has amaranth red hair and has only two-piece clothing: little amaranth red dress with puffy sleeves and white bloomers. Anime cursor with Ponyo Fish and Ponyo Human pointer. 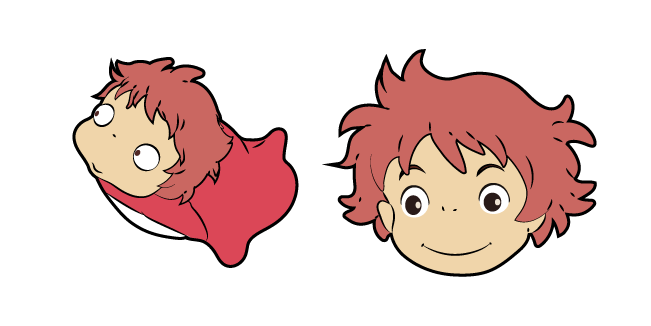 Nausicaä of the Valley of the Wind Nausicaä and Mehve cursor