Turnip Head also known as Turnip in the film and in the original novels as Prince Justin, is a character in the film, Howl's Moving Castle. He follows Sophie after she rescues him on her way to the wasteland. While under a curse, Turnip Head appears as a scarecrow wearing a black suit, top hat with has a turnip for a head. Howl's Moving Castle cursor pack with fanart Turnip-Head anime pointer. 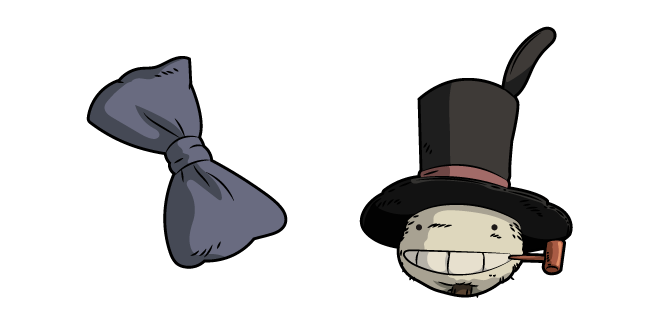 Nausicaä of the Valley of the Wind Teto cursor

Nausicaä of the Valley of the Wind Nausicaä and Mehve cursor