Tusken Raiders aka Sand People or Tuskens were a culture of nomadic sentients indigenous to the desert planet Tatooine, where they were often hostile to local settlers. Tusken children were called Uli-ah. The name of Tusken Raiders was acquired much later, due to a period of concerted attacks on the settlement called Fort Tusken around eight decades before 19 BBY. Star Wars Tusken Raider and Gaderffii Stick fanart cursor. 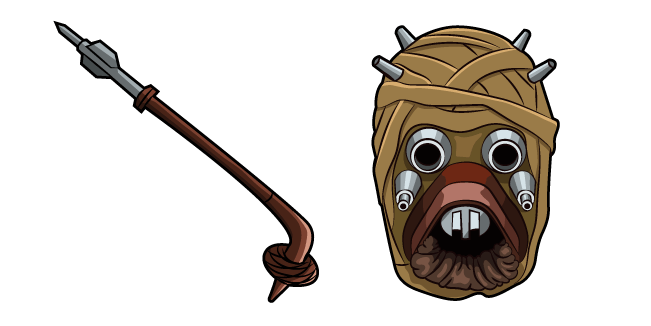