Dash Bowman is a young pilot who flies for the Cornerian Army and made his debut in Star Fox Command, is the grandson of Andross and is the cousin of Andrew Oikonny. He pilots the customized Monkey Arrow, a starfighter that resembles the Arwing, presumably due to Dash's fandom of Star Fox. Even though his grandfather is an enemy of the Star Fox Team, Dash wants to be part of it and helps them out in the battle of the Anglar Army. Game cursor with Star Fox Dash Bowman. 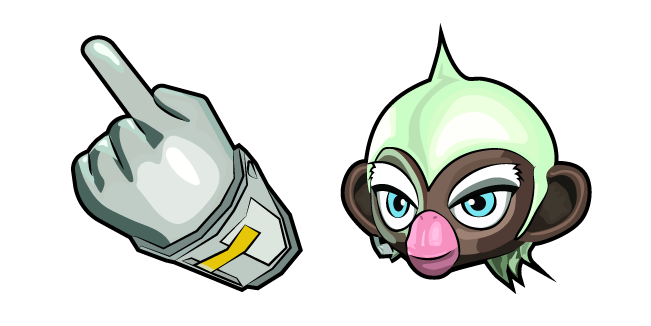