Have you ever seen how magnificently a starfish can move in heels? If you saw it, it was probably Patrick Star from the popular cartoon series SpongeBob SquarePants. He put on fishnet tights, black boots with heels and began to move excellent to the dance music. He did pirouettes, raised his legs high above his head, and even sat down on a split! The SpongeBob cursor and cartoon pointer with Patrick in Heels! 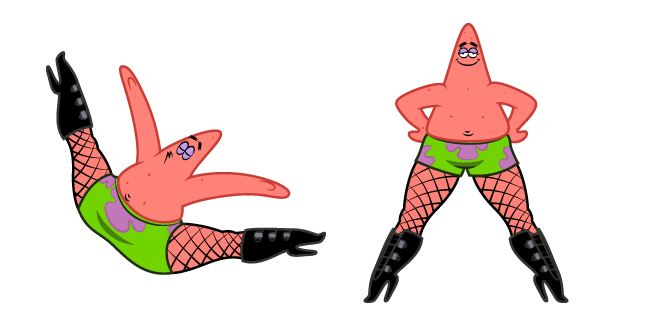 SpongeBob Put the Money In The Bag cursor