All people love comical memes because they cheer you up! There are a large number of funny memes on the Internet with characters from the animated series SpongeBob SquarePants, one of them is a meme by SpongeBob and his best friend Patrick called Free Form Jazz, which was created from a fragment of the series when they stand with serious but funny faces. The funny meme cursor for a mouse with SpongeBob Free Form Jazz Meme! 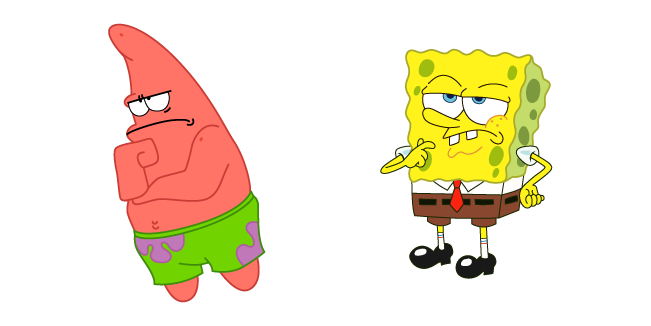