This white charming bat is Rouge - a character from the Sonic the Hedgehog series. She isn't easy as it seems - she is a jewel thief that has worked as a part-time government spy for the United Federation President and was in close association with the Guardian Units of Nations. She is shown to be a brave, ambitious, independent, greedy, calculating narcissist who only thinks about herself and treasure. But it's more complicated. The Sonic cursor with Rouge the Bat. 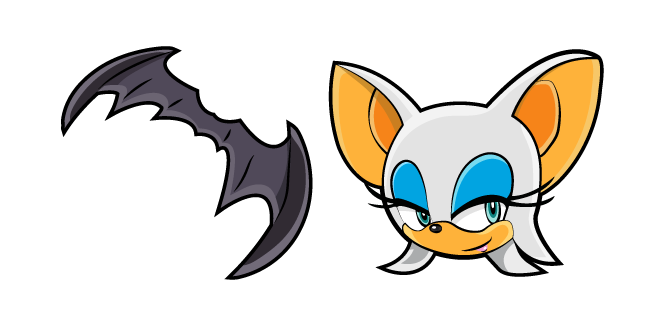