Gold Slime is the most demanded, rare, and exclusive species of slime, which produces the most valuable plorts of the Far, Far Range. Gold Slimes are very fast, don't produce risks, and also immediately run away from the rancher's field of view. When the Gold Slime is nearby, it produces a sparkling sound effect. The secret style of this cute slime is called Gilded and it is based on Golden Snitch from the Harry Potter. The Slime Rancher game cursor for a mouse with Gold Slime and Secret Style Gilded! 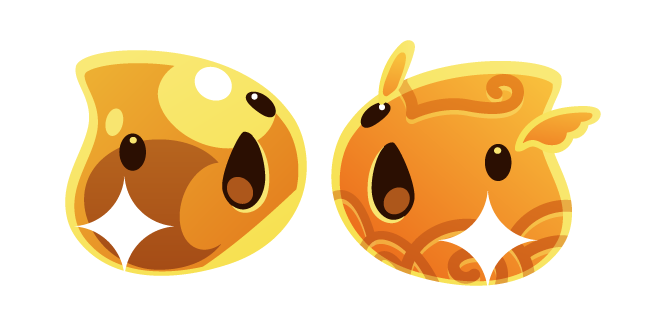