Gudetama, lazy egg yolk, who just wants to have some fun but not use too much energy for it. Probably, in its free time for lying on the bed and doing nothing, Gudetama watching SpongeBob SquarePants cartoon series from Nickelodeon. Sanrio's character like this cartoon so much, that has decided to wear like SpongeBob with his famous uniform and spatula for Krabby Patties. Sanrio cursor with Gudetama SpongeBob fanart cute cursor. 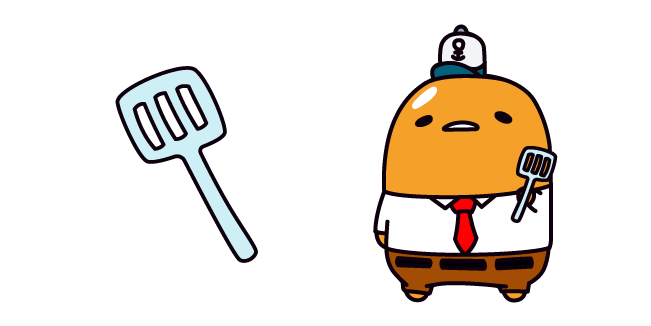