Georgie Piggy, earlier known as George Piggy and George Pig, is a character in the Piggy survival horror game and one of the members of the Piggy Family. Being the main character of Distorted Memory, he was first mentioned in the beginning cutscene of House and eventually made his first appearance in the ending cutscene of the Mall, whereupon he appeared in almost every chapter from then onward. Roblox cursor Piggy Georgie Piggy and Baseball Bat. 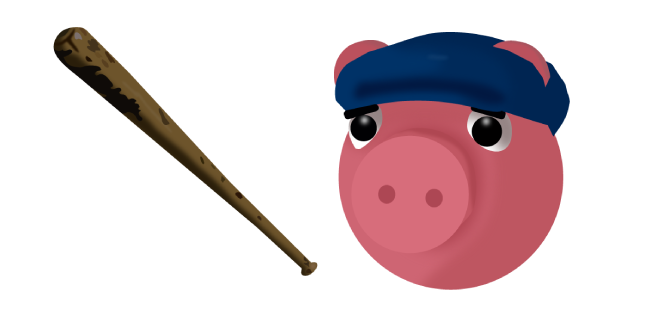