For those who didn't know, Cromulons are a race of planet-sized creatures in the form of giant human heads that native to the Cygnus-5 expanse in the hilarious cartoon series Rick and Morty. Cromulons feed on the showmanship and talent of less-evolved lifeforms, and they've also launched a reality show called Planet Music, in which captured planets compete in the performance of music. Cromulons are very large and strong and can cause drastic weather changes. The Rick and Morty cursor and cartoon pointer with Cromulon! 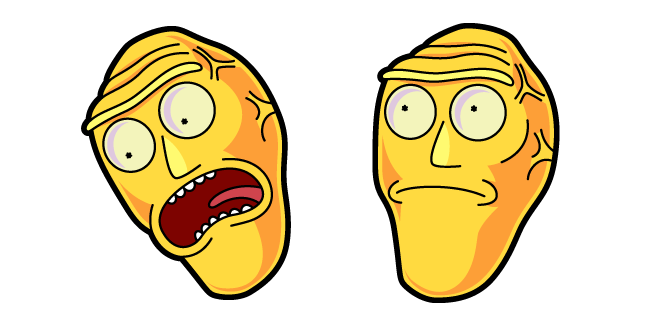