Machine Gun Kelly or MGK is a popular rock musician, rapper, and actor from America. His real name is Colson Baker, but he took a pseudonym in honor of the famous gangster George Machine Gun Kelly. MGK started rapping at school and quickly became popular with the local population, releasing several mixtapes. But he gained real fame after the release of the Stamp of Approval in 2006. Besides music, Machine Gun Kelly has also appeared in various films. The music cursor and rap pointer with Machine Gun Kelly! 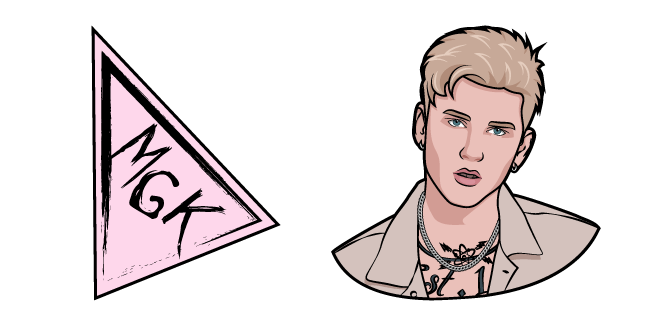