Doja Cat was born as Amala Ratna Zandile Dlamini in 1995 in Los Angeles, California. As a teenager, she began creating and releasing music on SoundCloud, and at the age of 17 she was noticed by RCA Records and Kemosabe. With their help, she released her debut EP Purrr! in 2014 and later on a debut studio album "Amala" in 2018. The music Doja Cat cursor and rap pointer with Amala Ratna Zandile Dlamini! 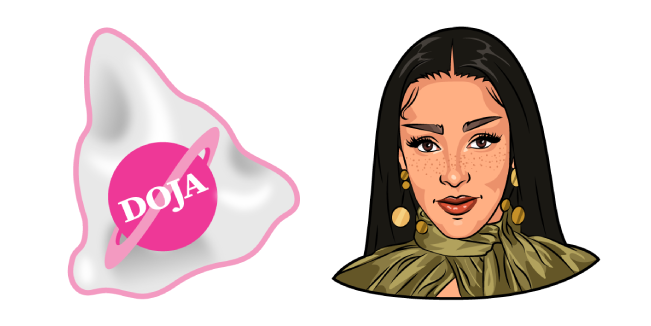