Tupac Amaru Shakur aka 2Pac and later Makaveli was an American rapper and actor. He is considered to be one of the most influential rappers of all time. Shakur is among the best-selling music artists according to more than 75 million records worldwide, that had been sold. Much of Shakur's music has been noted for addressing contemporary social issues that plagued inner cities, and he is considered a symbol of activism against inequality. Rapper cursor with 2Pac aka Tupac Amaru Shakur. 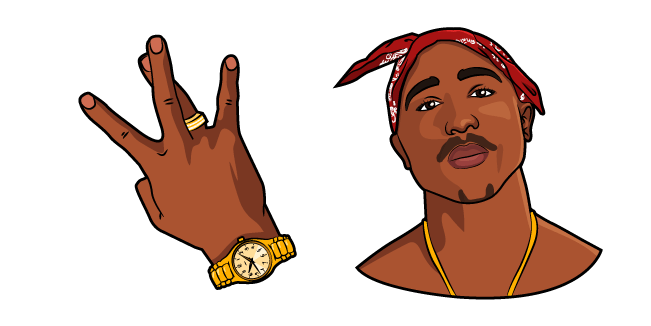