This smiling, muscular woman with brown eyes, plump lips, and short black Afro hair is called Krone and she is the caretaker who helped run the Grace Field House in the anime The Promised Neverland. Krone is a very intelligent, ambitious, strong, and cunning woman who has an identification number on her neck 18684. As soon as Krone arrived at the orphanage, she won the trust of the younger kids by playing with them since she wanted to replace Isabella. The Promised Neverland cursor for a mouse with Krone and Farm Identifier! 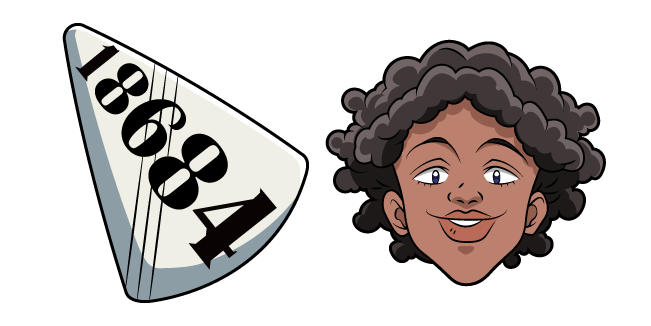