This blue dinosaur is called Raptor and it is the environment modifier of Jurassic Marsh in the arcade game Plants vs. Zombies 2. Raptor is activated when it meeting zombies, which it considers unpleasant, releasing its abilities that help the horde. Raptor walks around, kicks a zombie up to four tiles forward, and leaves after kicking 5 times. In the game, this invulnerable creature is based on a raptor, also called a dromaeosaurid. The Plants vs. Zombies cursor with Raptor! 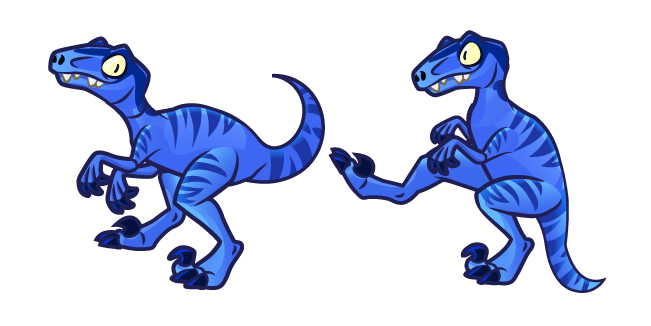