Luz Noceda is the main protagonist of The Owl House. She begins learning magic under Eda's tutelage, despite not having magical abilities of her own in order to prove herself as a witch. Luz is the first human studying at Hexside School of Magic and Demonics. Luz is determined to be who she wants to be regardless of the opposition she receives, even if said opposition has legitimate backing. So, for The Owl House cartoon fans, we made Luz Noceda cursor pack. Add this unique mouse cursor and customize your mouse! 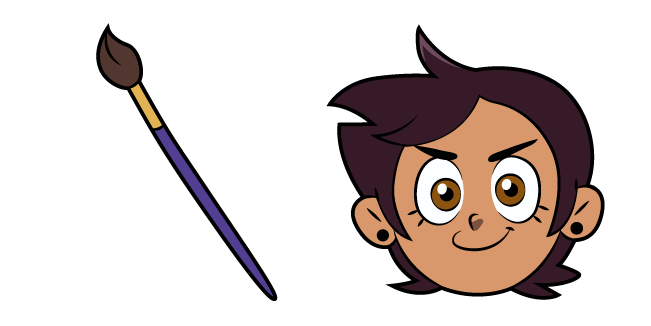 The Owl House The Collector cursor