Tamlin is an ooblet found in a fascinating game created by Glumberald and named Ooblets. It features a humanoid build. It has a yellow teardrop-shaped head with wide eyes, finlike ears resembling an axolotl's head gills, and a pink ball at the tip of its head. Its body resembles a pink dress, though the hole in its sleeve suggests it is some sort of shell. Yellow arms and legs stick out of this dress. Fanart Ooblets cursor pack with Tamlin game pointer. 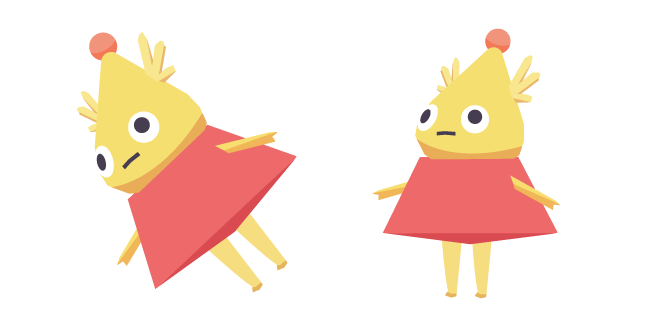