A wicked witch from our Neon Witch's Hat and Brew cursor pack is making a magic brew, a potion created for some magical use, a poisonous and harmful mixture, usually liquid consisting of various elements. It is a mixture of unpleasant or dangerous things like someone's hair, heart, some spices, and spells to enchant it. By the way, the belladonna is believed to be a magical plant - in the Middle Ages was a belief that a witch's brew made from belladonna could turn a person into a witch. 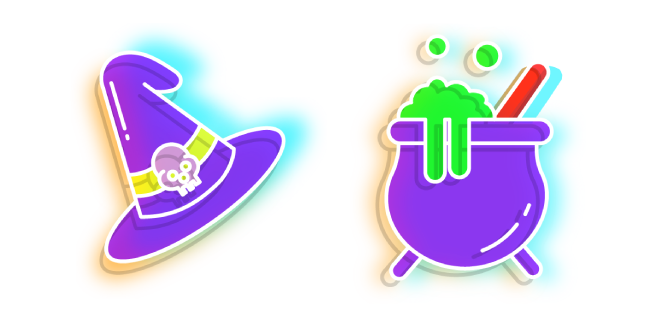