IT aka Pennywise is a terrifying clown, shapeshifting monster, and the main negative and scary character of Stephen King's novel It and its adaptations. His primary goal is to feed on humans, usually preferring children rather than adults because they are easier to scare and manipulate. According to Pennywise, frightened flesh tastes better and he uses human fear like salt for the meat. Also, his appearance is very popular on Halloween. Neon cursor with Balloon and fanart Clown Pennywise. 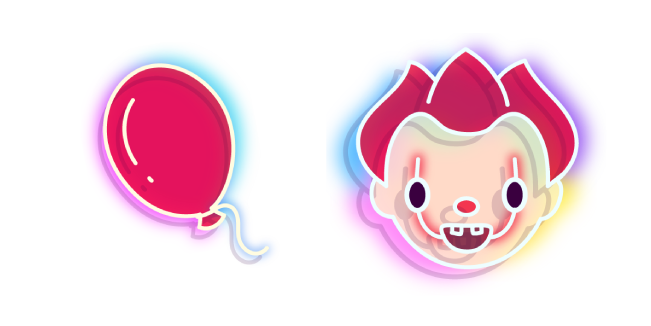 Neon Day of The Dead Skull and Candle cursor