This black and yellow smiling emoji cursor and pointer are based on the famous rock band Nirvana, which has enjoyed worldwide hits. This alternative rock group was formed in 1987 by vocalist and guitarist Kurt Cobain and bassist Christ Novoselic, who became best friends in high school. Nirvana gained great success with the song Smells Like Teen Spirit, which is why the group was nicknamed the voice of a generation, and the band went on to please America, performing in 26 cities. The incredibly popular and cool group in the form of a musical cursor for a mouse with Nirvana Band! 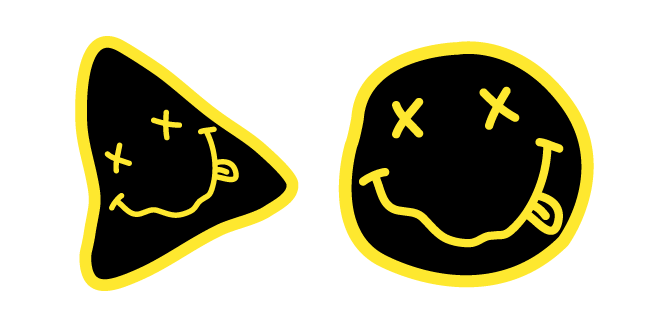