Miley Ray Cyrus is a popular American singer, songwriter, and actress who is also known to many as Hannah Montana for famous Disney series. The success of Miley Cyrus's musical career is closely related to the Hannah Montana project because the first single of the singer was the title theme of the series, and the first album was the soundtrack to the movie. Miley's first solo album was released in 2008 and was a runaway success. The music cursor for a mouse with Miley Cyrus! 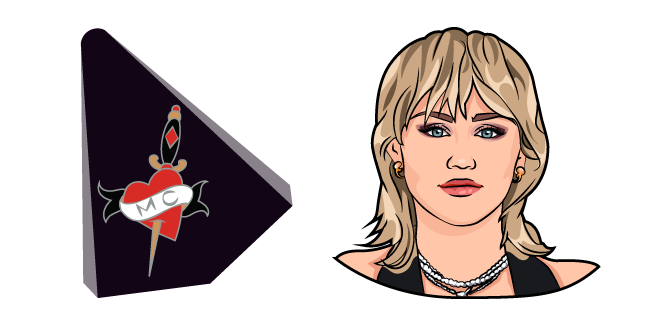